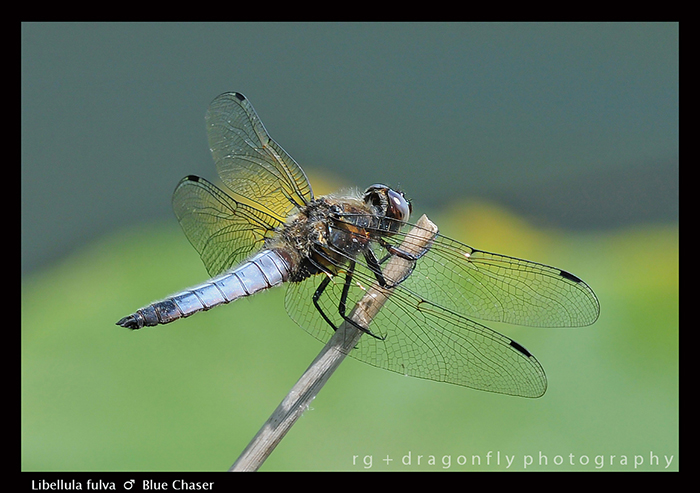 The Blue Chaser  ( Libellula fulva ) becomes the Scarce Chaser in the British Dragonfly Society’s nomenclature and this was an incentive to photograph the species although where it is found in the UK it is more local than scarce. Apart from the first photograph all the other photos of this dragonfly were taken in Western Turkey where at some sites it was the most common species! The fifth photograph shows how the blue pruinosity on the abdomen becomes well worn by the clasping of the females legs during mating. This was taken in Turkey and shows how the blue pruinosity extends further down the abdomen into Segment 9.

The habitat shot of the River Avon at Pershore in Worcestershire is so typically a lovely English river.

Male colouration changes strikingly from the immature, which has a vivid orange thorax and abdomen with a central black stripe and light brown eyes, to the adult which has blue-grey eyes and a powder blue pruinose abdomen.  Segments 8-10 are black. With age they can appear all black and the eyes become glassy grey. In both sexes there are dark streaks at the base of the forewing and dark patches at the base of the hind wing.

Females are a somewhat duller version of the immature males and they too become dark brown with age.

Both sexes can have dark smudges on the wing tips but this is more common and extensive on the females. 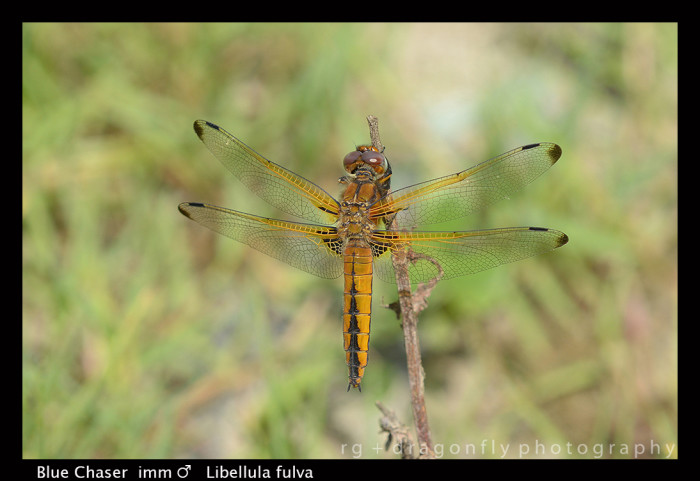 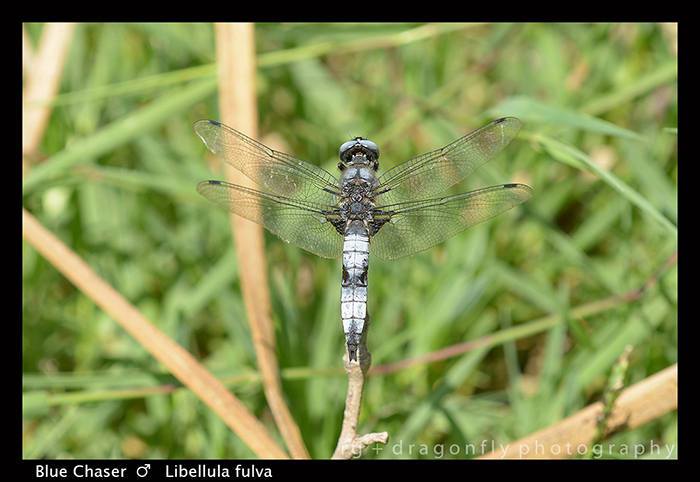 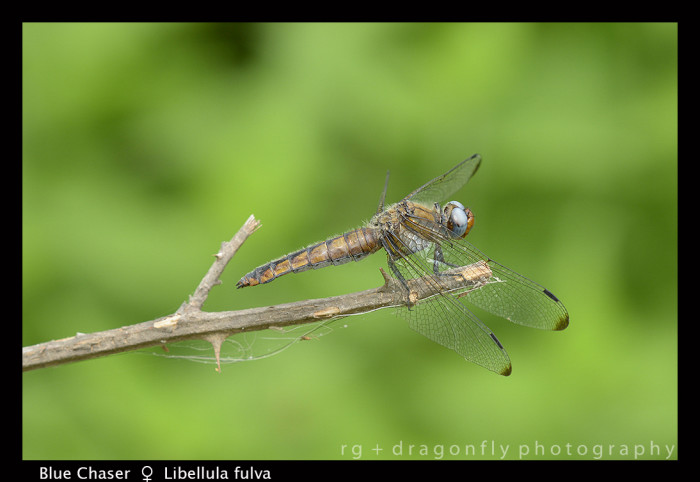 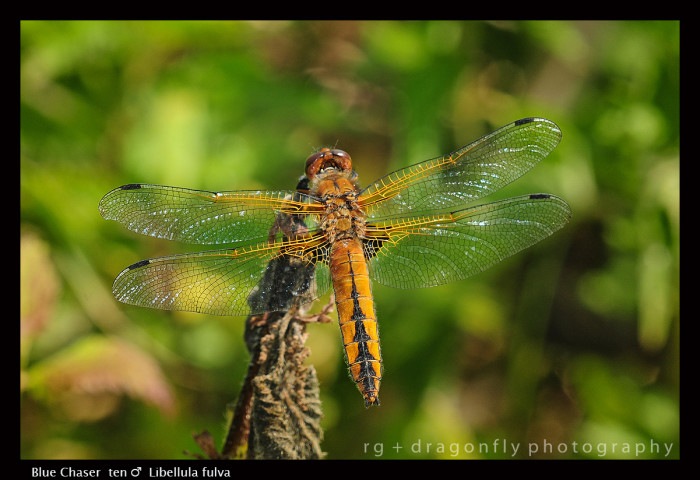 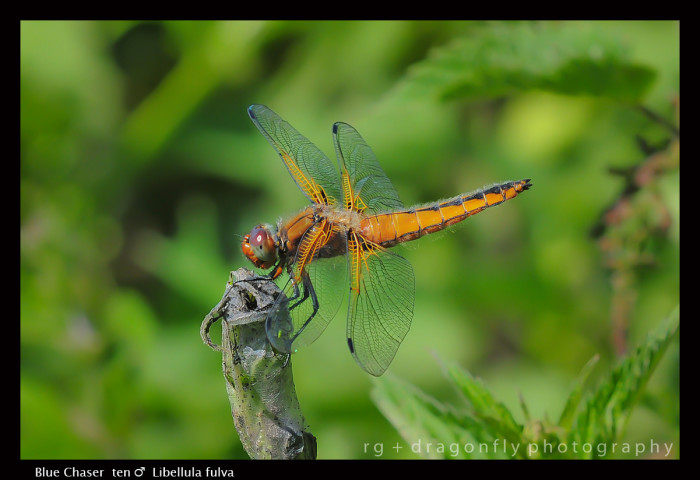 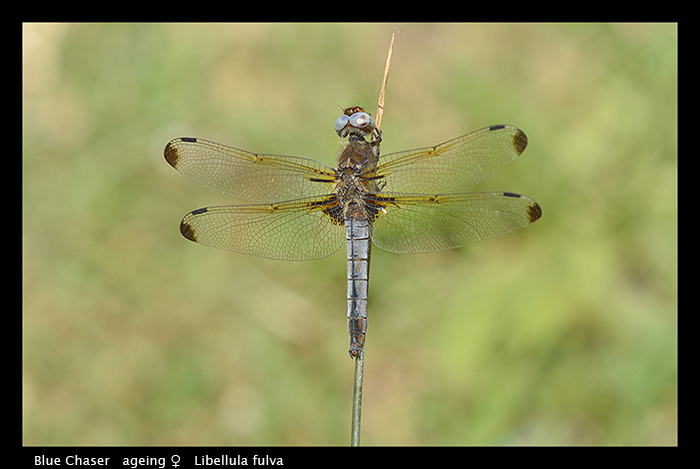