The Four-spotted Chaser  (Libellula quadrimaculata) was chosen as the emblem of the British Dragonfly Society. It is widespread and common across Europe and North America where is it called the Four-spotted Skimmer but very attractive none-the-less. Numbers can be large, particularly at acidic ponds and lakes with a lot of emergent vegetation. They are aggressive and chase off any competition for territory but they regularly come back to the same perch.

Both sexes look similar, being stocky with tapered brown bodies which have black on Segments 6-10 and yellow sides to Segments 4-8. Their English name comes from the four dark spots at the node of each wing The species is popularly referred to as the ‘Quad’. The base of the hind wings have dark brown triangular markings. A relatively uncommon and very attractive form is f.praenubila which has more yellow along the leading edge of the wings, longer brown nodal spots and dark brown smudges extending down from the pterostigma. Immatures are a much paler brown overall and old insects become duller and darker as in the last photograph. Even without half a hind-wing the Quad in the fifth photo flew perfectly well

The sexes at close range are best separated by the upper appendages which are quite long but splayed outwards in the male. 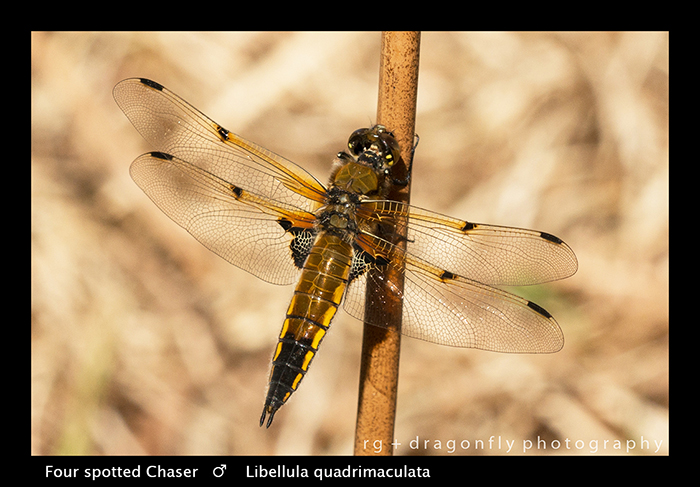 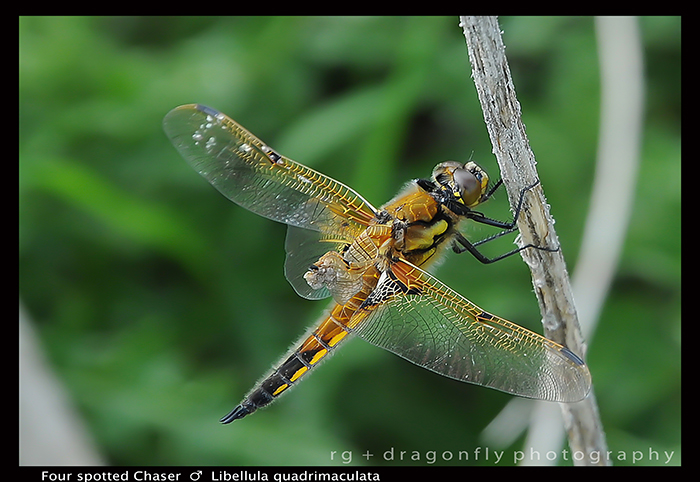 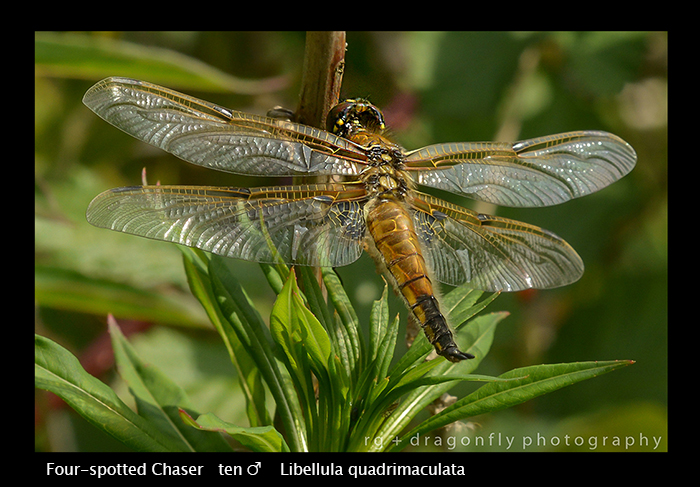 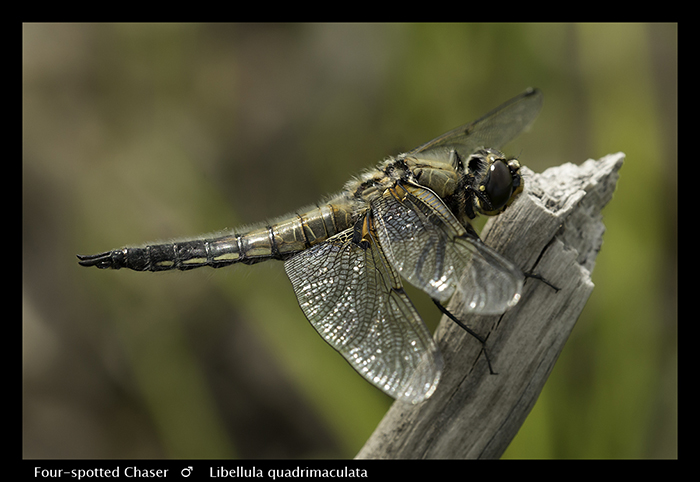