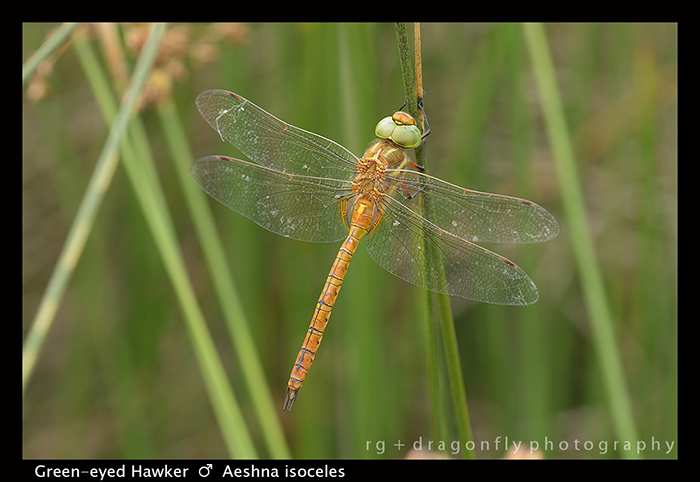 The Green-eyed Hawker  – Norfolk Hawker ( Aeshna isosceles ) has been re-named from the Norfolk Hawker in order to acknowledge it’s largely European distribution. It can only be found in numbers at localised sites in eastern counties of England such as sheltered areas at Hickling Broad in Norfolk (shown below) and sites in Suffolk. Waters with large stands of reed are preferred and it is missing from colder regions. Its absence in Iberia is due to the lack of reed marshes. In size it is somewhat larger than the Migrant Hawker ( Aeshna mixta ) but smaller than the Moorland Hawker  ( Aeshna juncea ).

Both sexes have all light brown abdomens with a central dark line and no blue markings, striking green eyes and a yellow triangle on the upperside of Segment 2. Unlike the Migrant Hawker this is truly a narrow triangle. The wings are clear with dark veins and have a thin, yellow, dark centred pterostigma. On the male there is diagnostic amber colouring on the inner hindwings. 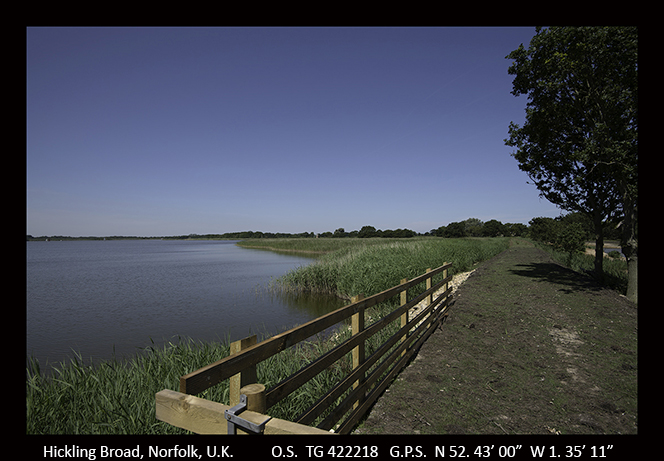 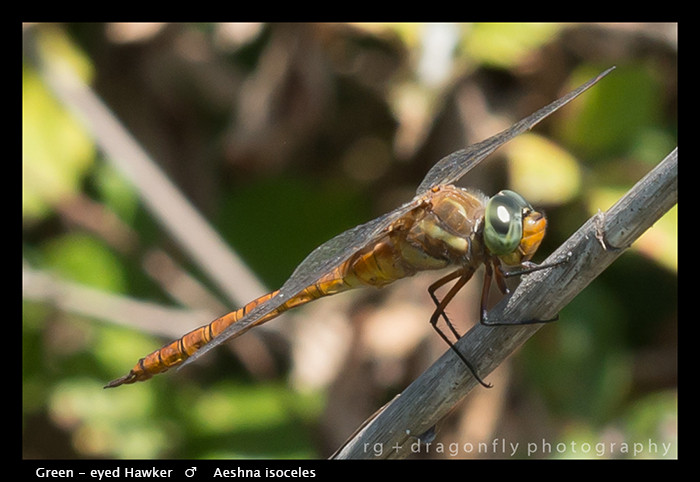