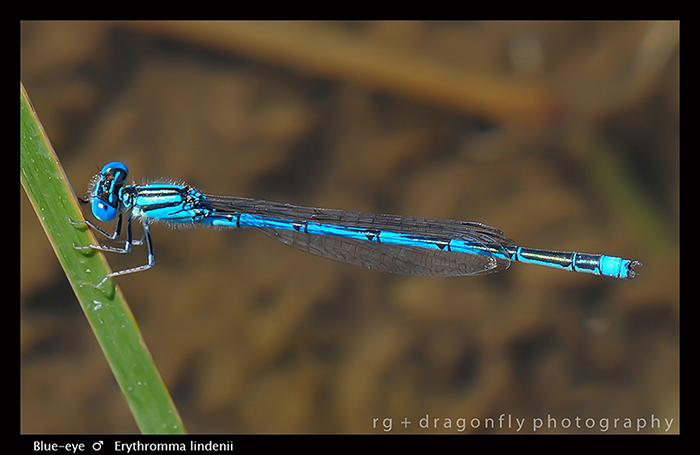 The Blue-eye ( Erythromma lindenii ) flies fast and low and frequently sits horizontally on emergent  twigs and vegetation far out on the water. It is one of a group previously referred to as Red-eyed Damselflies. This is another species with its strongholds throughout Western Europe and North Africa and again there has been a noticeable northward expansion over the last few decades, probably due to increasing mean temperatures. It is found in slower flowing larger waters without a strong current and larger still waters which are well oxygenated through wind or there being a substantial inflow.

Males have vivid blue eyes which show well against their black heads. They have broad antehumeral stripes and the characteristic mark on Segment 2 is goblet-shaped. The lanceolated black markings extend along Segments 3-6 on the blue body. In the hand the pterostigma is long and pale, the postocular spots can be missing or reduced to slits and the blue ‘tail-light’ at the very end of the body is short. The upper appendages are long and curved inwards.

Females appear to have three colours with the head, thorax and underside of the abdomen being yellow/brown, Segments 4-6 of the abdomen  blue and the last Segment creamy brown with pale appendages. At a distance the top of the abdomen appears all black. 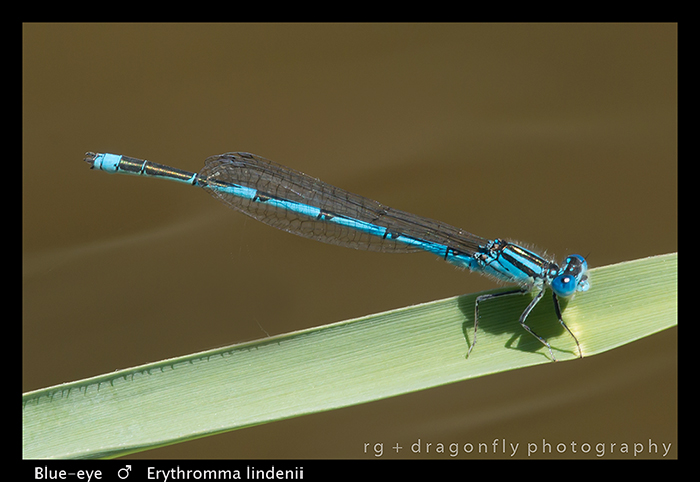 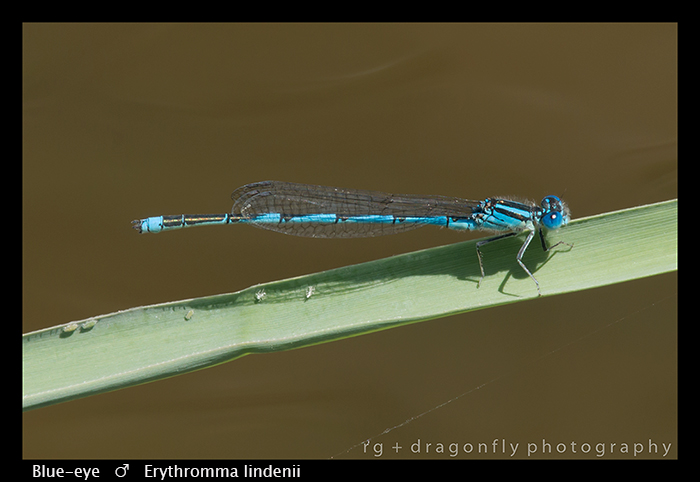